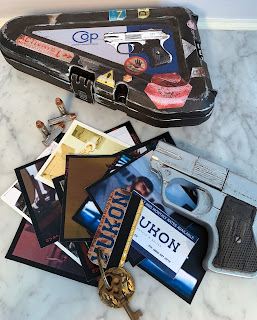 There has been a lot said, and tons of research done on Leon’s gun, the COP .357 used in the film. Phil Steinschneider wrote a great article a number of years back about it. Check it out here for the history of the weapon and some of the lore involved with the use of this gun in Blade Runner. 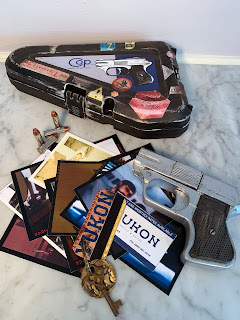 We are not going to dive too much into the history of this gun because there are so many things already written about it. What we will do is show you some of the progress shots of this as we move along from the concept to prototype of this iconic gun. 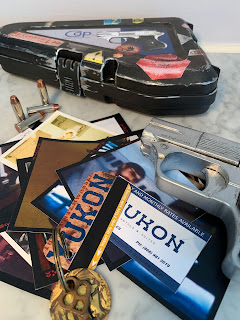 The COP .357 is a 4-shot Derringer-type pistol chambered for .357 Magnum. The double-action weapon is about twice as wide, and substantially heavier than the typical .25 automatic pistol, though its relatively compact size and powerful cartridge made it an option for a defensive weapon or a police backup gun. Now, the originals are very expensive and difficult to find. 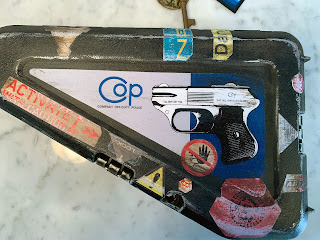 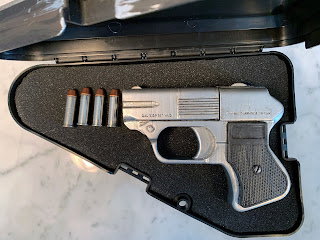 A lot of the debate has been about the color of the weapon itself, and the color of the grips. Many people have thought it to be black originally with black grips too. All of the speculation went away when an original stunt copy from the film went up for auction a few years ago which confirmed the actual finish of the gun and the grip color as stainless steel with brown wood grain grips. 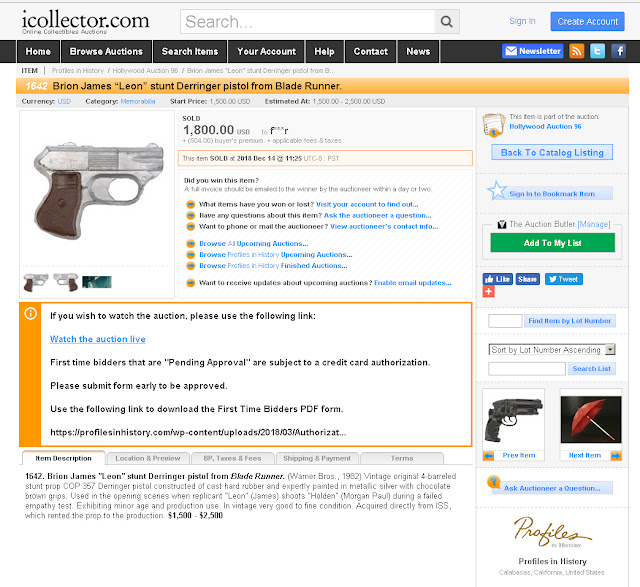 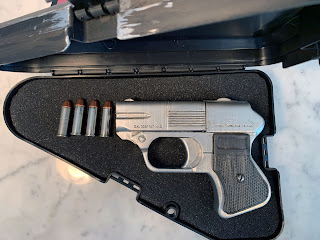 There have been many replicas made over the years and the best one that everyone agrees on, is probably the airsoft version from Marushin. Now they are very hard to find. We decided to try our hand at an economical 3D printed prop option, and possibly a pewter or aluminum version in the future. This is the 3D prototype that we are currently working on. 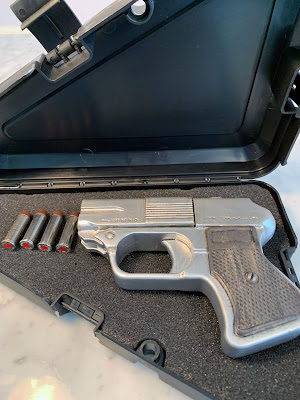 We've built ours with very simple moving parts. The barrel breaks and can take 4 dummy rounds that will be sold with the replica pistol along with the case as you see in these photos. 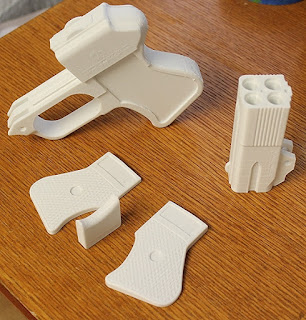 We start with 5 pieces and use all steel hardware, and lead weights in the grips. This gives the gun more balance with the weighted dummy rounds and actually gives more heft in your hand to mimic the real thing. 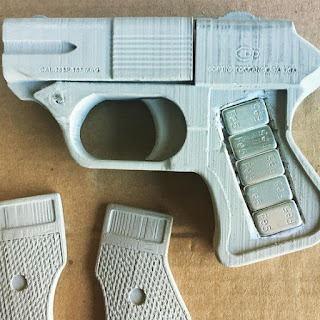 This is a work in progress. Anyone that has worked with 3D prints knows that detail can be challenging to maintain with sanding and finish work. Once we work out the complete paint and finish process, we'll so some weathering to grunge it up a bit after it's finished. 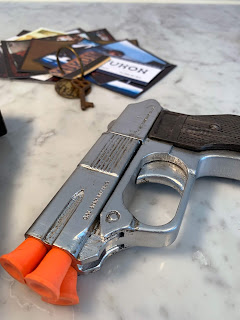 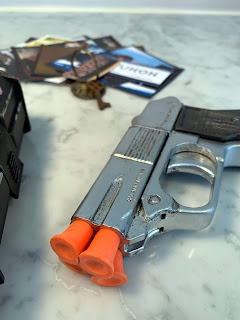 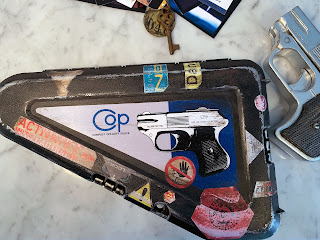 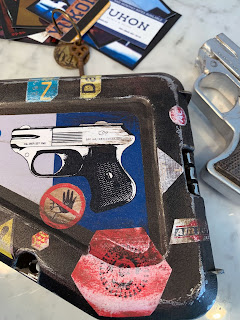 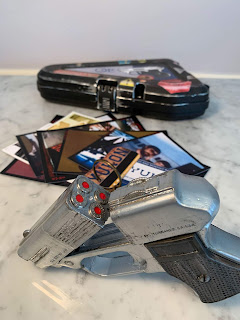 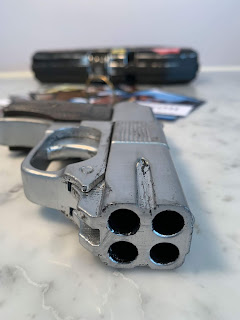 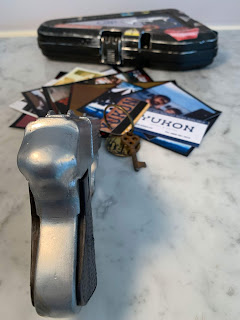 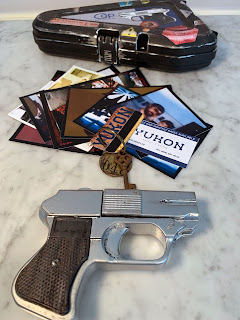 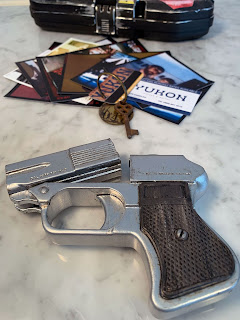 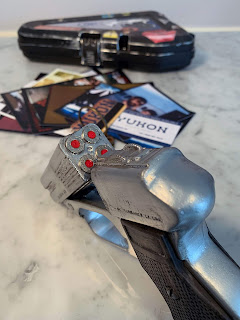 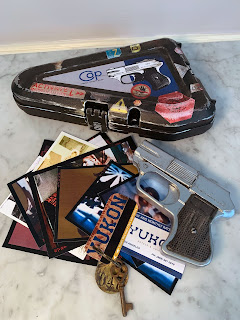 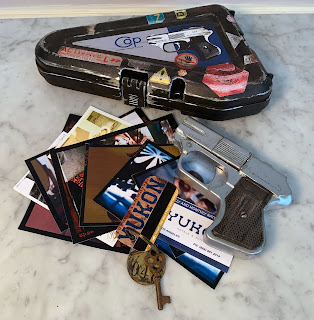 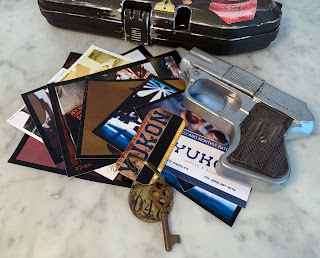 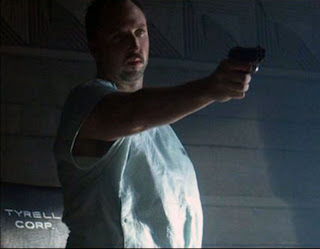 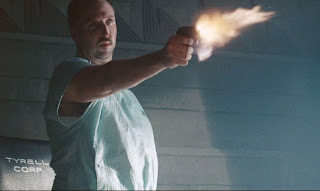 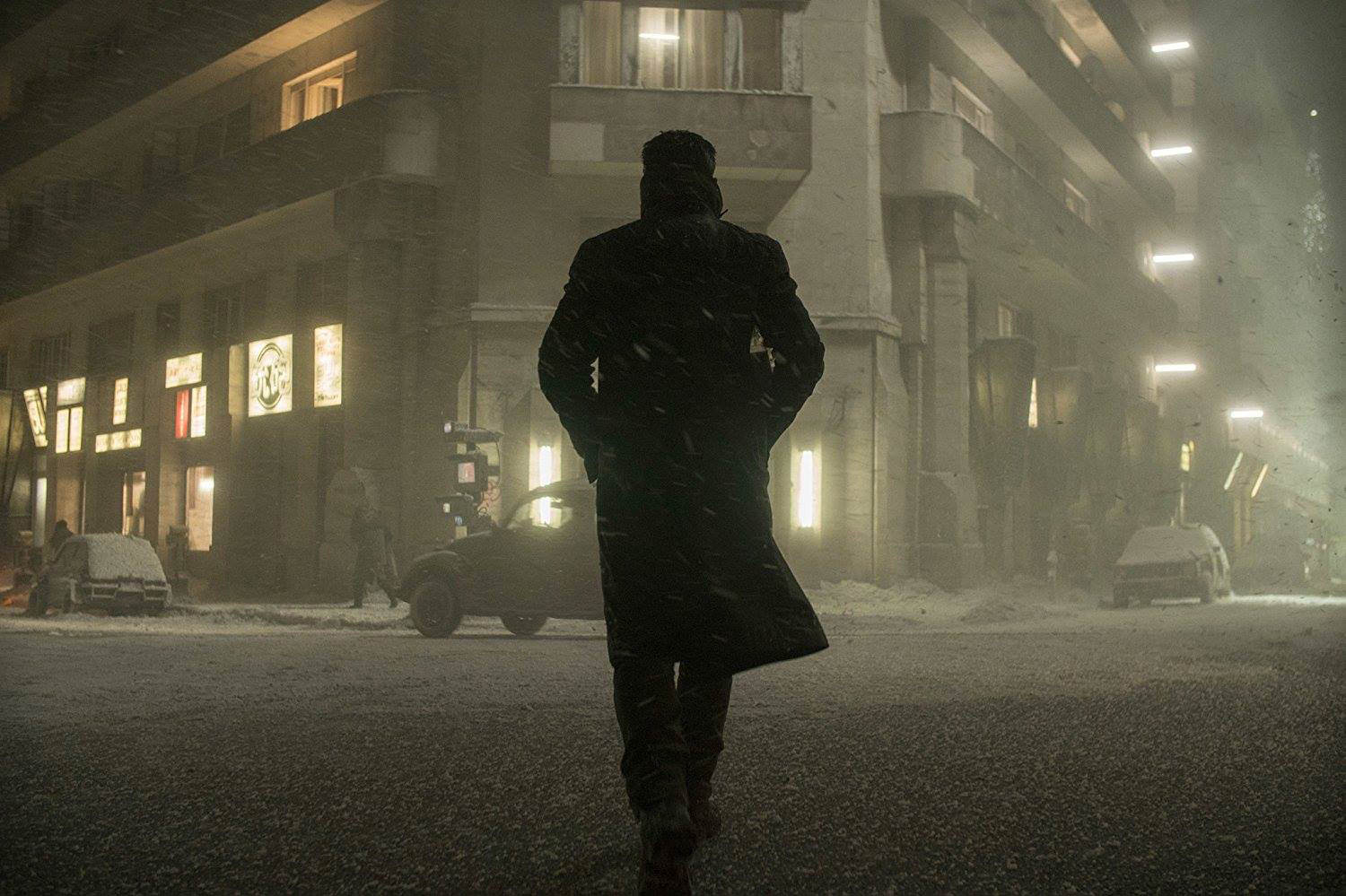